This processing step is supported by the sorting of the flakes in order to separate dust, fibers, paper and label rests.  The end product is a high-quality ground material that can be further treated and used for bottle to bottle applications, high-quality fibers and plastic strappings.  Herbold Meckesheims's washing line concept is based on a modular system and can be extended and adapted step by step to meet customers' demands or according to the materials to be treated.  Herbold washing lines have been designed for an input of up to 16,000 tons per year.  An additional second washing line has been developed for PE film waste. 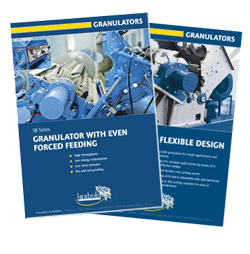 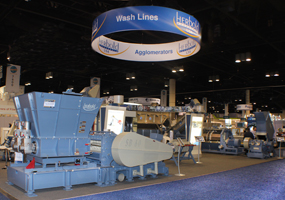